As foreshadowed in my last post, I return with some reflections on Love v Commonwealth: a case currently before the High Court of Australia in which two Aboriginal men, both non-citizens, are arguing against their deportation from Australia. The argument involves interpretation of the ‘naturalisation and aliens’ power in s51(xix) of the Constitution. In a nutshell: if the men are aliens (due to their overseas birth) then the Commonwealth can deport them. If they are not (due to their Aboriginality) then it cannot.

The case inherently involves land: land as sovereign territory, birth in foreign lands, native title, and connection to country. In spelling out the bounds of who is ‘in’ and who is ‘out’ – known in the common law as alienage – the law is concerned very much with place. It is the applicants’ birth out of place that ostensibly empowers the State to exclude these men from its territory. But it is their connection to this place, a connection recognised at law, that warrants a rethinking of the foundations of the relationship between Indigenous Australians and the State.

In common law, land upholds and manifests State power, and one of its iterations is as the law of alienage. However, it is perhaps inevitable that as a property lawyer, when I read the Love case I see the long shadow of the feudal doctrine of tenure.

END_OF_DOCUMENT_TOKEN_TO_BE_REPLACED

In the case of Love v Commonwealth, the High Court of Australia is considering submissions by two Aboriginal men born overseas, as to whether the Commonwealth can deport them. Neither man has been naturalised and their overseas birth means that they are not citizens.

While both parties accept that the men are not citizens, the case turns on whether it is possible for an Aboriginal Australian to be an ‘alien’ and therefore liable for deportation from Australia. This is therefore a constitutional matter, rather than a matter falling under the relevant statute. The issues are legally complex, but the case raises important questions that speak to the law’s capacity to regularise the status of the relationship between Indigenous Australians and the State. Of particular interest to me is the possibility of a broader comprehension by the common law of the legal construct under Aboriginal Law, of ‘connection to country’.

END_OF_DOCUMENT_TOKEN_TO_BE_REPLACED

Several media outlets reported late last week that the Queensland government had extinguished native title over the Adani coalmine, by granting a freehold estate to Adani. If the State did grant freehold, then certainly the effect is to extinguish native title: the two forms of title inherently conflict with each other, and freehold will always prevail.

The headlines, however, implied that there was something shady about the grant. Many on social media criticised the government for making the grant, apparently seeing it as a ‘pro-coal’ move. This was so despite statements by Mines and Natural Resources Minister Anthony Lynham, that

[the grant] was enabled by an ILUA [Indigenous Land Use Agreement] that was authorised by the native title claimants and registered by the National Native Title Tribunal almost two years ago.

The Adani coalmine has raised a multitude of legal and political issues, all of which intersect and which apparently played a role in this year’s federal election. Mining, royalties, jobs, exports, environmental protection, climate, energy, and not least of all, native title.

For those with environmental concerns, the grant of freehold represents government support for the mine, and is a further blow to attempts to stop it. However, the basis upon which freehold was granted is part of the native title process. Although linked inherently to the mine (as the diagram below illustrates), the freehold grant cannot be seen as the consequence of processes under mining or environmental legislation. 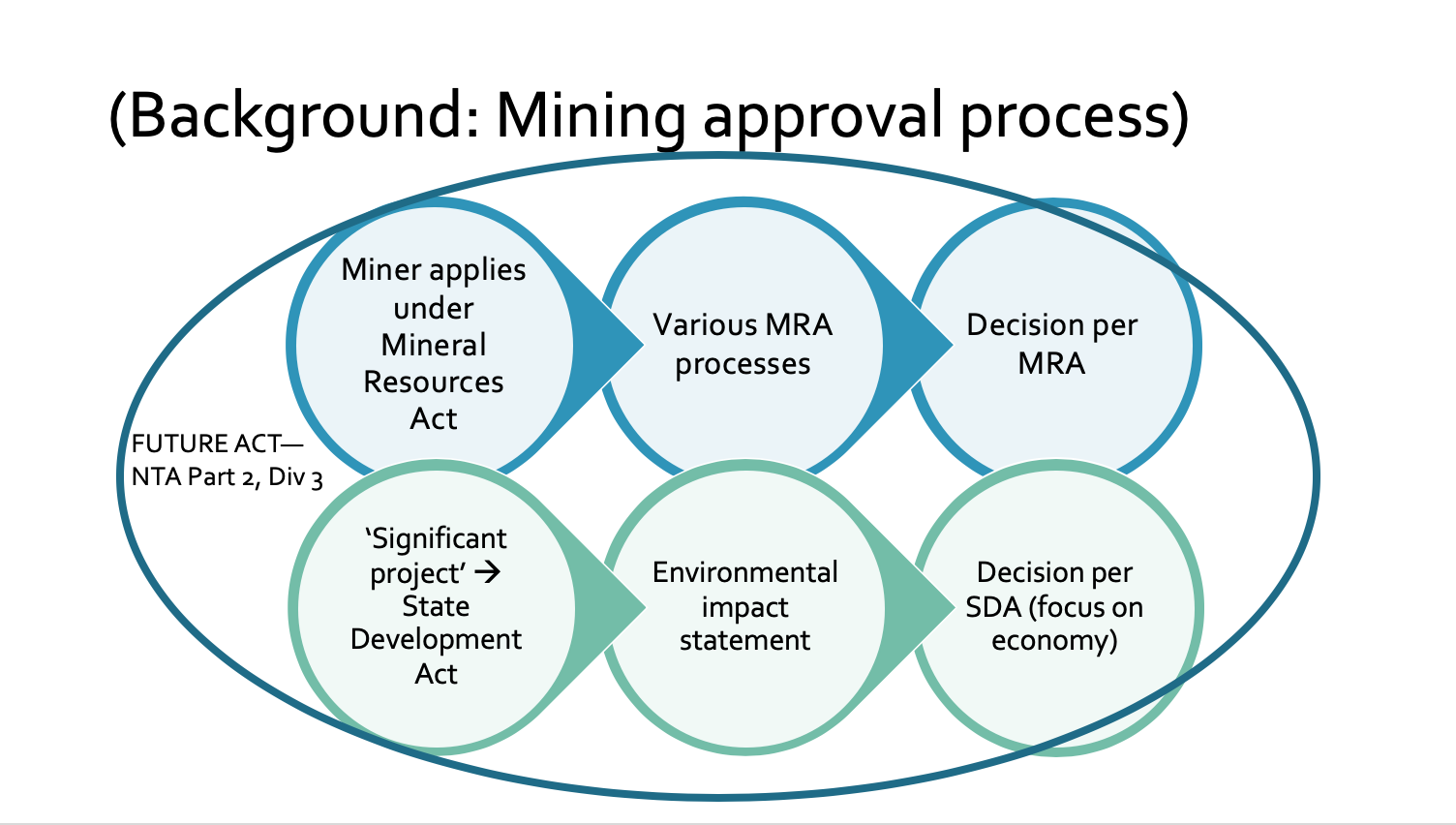 The mine is to be located on the lands of the Wangan and Jagalingou (W&J) people, and is part of the W&J native title claim filed in 2004. Because a claim had been lodged, any activities to be carried out on the land became subject to the ‘future acts’ regime of the Native Title Act. This regime gives the W&J people a right to negotiate in relation to those activities. Consequently, Adani entered into negotiations with the W&J people to come to an arrangement concerning the mine. Ultimately, Adani and the W&J people entered into an ILUA.

A few things to note.

Secondly, the agreement-making process is fraught. I have written about some of these problems here.

Finally, while ILUAs are registered in the National Native Title Tribunal, their terms are not generally public. In the Adani case, the registered ILUA does indicate that it deals with ‘extinguishment, large mining‘. It is therefore apparent on its face that the ILUA did in fact authorise the freehold grant.

Although the W&J ILUA was registered in 2017, the government likely delayed its freehold grant because in the last few years one of the native title claimants, Adrian Burrugubba, has challenged the ILUA in the Federal Court in a series of cases.

Challenge to the ILUA

In 2015, Burragubba claimed publicly that traditional owners’ inability to veto a future act fell foul of the UN Declaration of the Rights of Indigenous Peoples because it precluded free, prior, informed consent.

He subsequently challenged the ILUA in the Federal Court, claiming that it was invalid because of the alleged fraud of the miner. Consequently, he claimed, the decision of the Native Title Tribunal to register the ILUA was also invalid. In 2016, the Federal Court found against Burragubba and the decision was upheld on appeal.

In a further action decided in 2017, Burragubba challenged the agreement-making process. In particular, his challenge questioned the authorisation of the ILUA where not all of the claimant group had agreed with its terms. Again, he was unsuccessful.

Because Burragubba’s challenges to the ILUA have failed, the ILUA stands. Because the ILUA appears to permit extinguishment of native title, the Queensland government has acted in accordance with its terms. This is not a political action, or a ‘pro-coal’ action. It is an action arising from the processes of the Native Title Act.

Whether the extinguishment of the W&J native title is fair, or just, is a question that is to be answered by examining the Native Title Act. In particular, we should be asking about the extent that our law vests rights in traditional owners – especially the limitation on native title holders’ right to veto future acts. We should also question the process for agreement-making, with a better and clearer process that reflects Indigenous people’s norms and processes, rather than the technical legalistic requirements currently in the Act.

END_OF_DOCUMENT_TOKEN_TO_BE_REPLACED 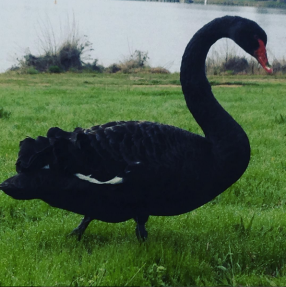 I have just spent a stimulating and inspiring two days at ANU College of Law in a consultation workshop as part of an important research project into Indigenous cultural competency for legal academics led by Marcelle Burns of UNE. The project is funded by the (now sadly defunct) Commonwealth Office of Learning and Teaching. This is a project of substance, and of national importance. The standing of the project leaders and those who participated in the workshop is testament to this.

I emerged from this overall positive discourse to news that former Prime Minister John Howard found ‘appalling’  the idea of a treaty with Indigenous Australians, and that former Prime Minister Tony Abbott dismissed a treaty out of hand. In the first place, Mr Abbott said, a treaty is entered into between two nations – I suppose he means that as a definitional question this is a logical impossibility, for Indigenous Australians hold no seat at the UN (incidentally an institution of which Mr Abbott does not approve). In the second place, Mr Abbott said that going down the path of treaty would spoil the chance for constitutional recognition of Aboriginal and Torres Strait Islander Australians.

These two comments offer a case study in the very issues that occupied our thinking in the workshop. How could it be that two men could rise to be Prime Minister of Australia, senior lawmakers, with such an abject lack of the knowledge, skills, and attitudes that sound in inter-cultural competence – a necessity for all professionals but in particular for lawyers.