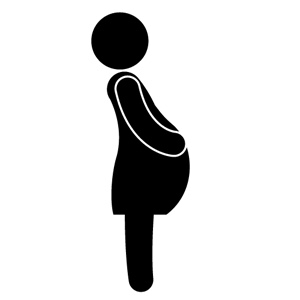 This week a Somali refugee gave birth to a baby boy, one month premature, on Nauru. She reportedly suffered from pre-eclampsia which is a life-threatening condition. The woman, known as Naima, and the baby were each airlifted to Australia for treatment.

Naima is now in a critical condition in a Brisbane hospital. But she had experienced a seizure at 5 months gestation and there has been adequate time to have treated her before her situation became critical.

I had pre-eclampsia in my first pregnancy and a full medical team, in a well-equipped Australian maternity ward, swung into action. I was induced immediately the symptoms appeared. I was, fortunately, past my due date and the baby was successfully delivered. But I knew that everyone around me was gravely concerned. I only found out afterwards that my life had been in danger – just as Naima’s life is now.

Australia’s treatment of all asylum seekers must improve. But government must give immediate priority to the care of pregnant women and their infants. There is no reason for even a caretaker government to wait to change the clinical care afforded to pregnant women in Australian detention centres.

Hold all politicians to account for failing those in their care, but especially and immediately, the particularly vulnerable: pregnant women and babies.

One thought on “Government accountable for care of pregnant women”